Under a new plan from Australian Capital Territory Labor a network of ‘big batteries’ with a combined capacity far larger than the massive Tesla battery in South Australia would be built across the national capital, Canberra.

As part of the plan, parts of the battery network would be set aside for the sole purpose of trading energy on the national market, and making money.

Labor has detailed the energy policy aimed at making Canberra a “globally recognised centre for renewable energy innovation and investment”. 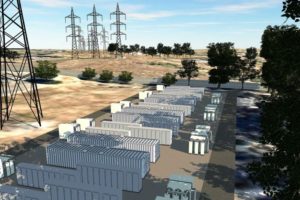 The ACT government has already acquired two large batteries for the city with a combined 60 megawatts (MW) of capacity.

The new plan would extend that dramatically, using a network of batteries spread around the city to eventually build up to 250MW.

ABC News reports the exact capacity of the battery will not be determined until after market procurement is completed.

It will be influenced by factors including technology, site location and allocated use of the batteries. 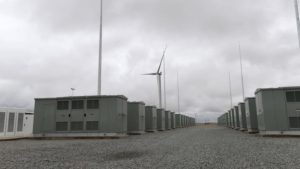 However, Labor says the battery will be significantly bigger than the Hornsdale project in South Australia, which contains the largest lithium-ion battery in the world, at 150MW or 193.5 megawatt-hours (MWh).

Labor says it is willing to invest $100 million over five years if elected.

South Australia’s big battery project was primarily brought on by increasing unreliability in the electricity grid, including state-wide blackouts.

The ACT does not have similar issues at present. 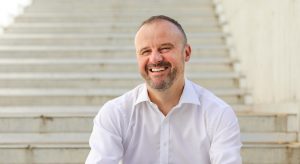 ABC News reports Chief Minister Andrew Barr said the territory needed to be prepared for major changes in the energy market to come.

“We have experienced load shedding events during the summertime,” he said.

“And as we see larger generators in New South Wales coming to the end of their life, and on the really hot days, some coal fired power stations just simply can’t generate energy, this will be really important for us.”

Energy Systems Research Fellow at the University of Melbourne Dr Dylan McConnell said on a hot day in Canberra in the middle of a heatwave, peak electricity demand was close to 600MW. 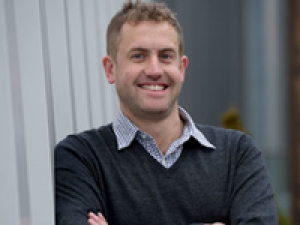 “So, if you’re thinking about having enough capacity to service your own needs, then having something like a 250MW battery would be incredibly valuable,” he told ABC News.

“In this announcement they’re talking about putting batteries in central places around the Canberra network, that would ensure a reliable supply in those peak summer days when everyone’s got the air conditioner on.” 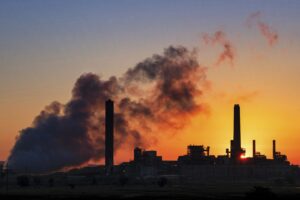 “When coal plants trip or power stations disconnect or loads disconnect, when there are disturbances to the system and you need to respond incredibly quickly, batteries are very well placed to do that,” he said.

While the batteries will play a role in both supporting and stabilising the local grid, Mr Barr also wants them making money on the national electricity market.

A portion of the energy stored would be dedicated to selling on the market, helping to pay for the massive investment. 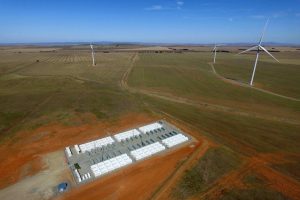 “And that will put downward pressure on power prices for consumers and generate revenue for the territory.”

“This is a sound public investment that will generate revenue back to the territory.”

The network would be made up of some large batteries installed at critical connection points, along with much smaller batteries within the community. 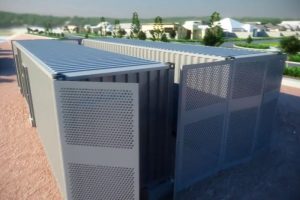 Smaller batteries would be installed at places like the new electric bus depot Labor intends to build, to support a future fleet of electric buses.

It also wants to work with universities, non-government schools and businesses to install batteries to store energy generated through rooftop solar panels. 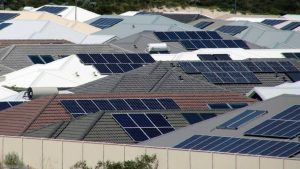 Mr Barr said that will involve finding others willing to invest in the project too.

The ‘reverse auction’ process used by the ACT government to buy renewable energy, and source the large batteries already acquired, would be used for the largest of the new batteries still to be bought.