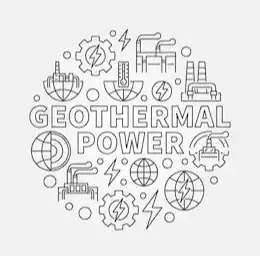 Some parts of the Earth experience high flow of heat as compared to others. This type of areas are mostly along plate boundaries. For example- Mid Oceanic Ridge (Divergent Plate Boundaries) and also Convergent Plate Boundaries. The suitable sites for exploration are areas which reflects the near surface geothermal gradient such as geysers and hot springs, also areas of recent volcanic activity. Sometimes there can be no surficial expression of the underlying geothermal reservoir. Therefore, geophysical exploration serves as the best technique to locate the area of interest. Techniques like gravimetric method can be used.

If molten magma is not present, but igneous rocks are present. Even hot, dry igneous rocks can serve as geothermal reservoirs. Some different and new approach is needed for utilizing the heat as they are not capable of convection like processes. In such conditions, hydro fracturing techniques are to be employed. Cold water is injected into the rock from one point and is pumped from the other point. This will help in elevating the temperature of water because it will consume the heat inside the rock. 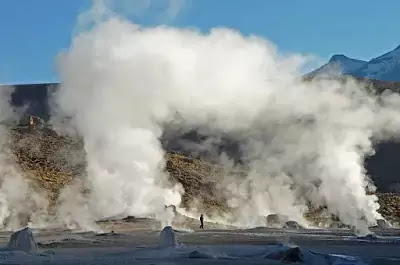 There are mainly three types of source depending on the geologic criteria
Vapour dominated system- such systems are not very common. Such geothermal reservoirs contains steam and water at depth and near the surface, the pressure is less and superheated steam is present over there. This superheated steam can be tapped and can be directly use for running turbine to generate electricity. However, these systems have slow recharge rate of groundwater and thus, the hot rocks are capable of converting the water into steam.
Hot water system- such systems have high surface water temperature (up to 150°C). It has a zone of circulating hot water which when tapped, the pressure gets reduced and yields a mixture of steam and hot water. The steam is used to run the turbine. Thus, water is to be removed from the steam before utilizing it. This will lead to the issue of water disposal. However, in such cases water is reinjected into the geothermal reservoir.
Such systems contain hot water thermal energy that can be easily extracted and utilized.
High mechanical energy is provided through the water that is at high pressure and thus it is successful in running hydraulic turbine.
Such systems are also capable of generating methane up to certain extent. Methane is generated by the decay of organic debris accompanied by rapid sedimentation and subsidence. 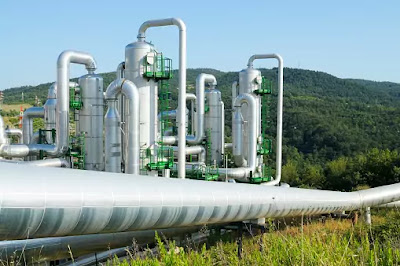