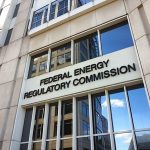 On Tuesday, June 30, 2020, the D. C. Circuit Court of Appeals, ruling en banc, held that the Federal Energy Regulatory Commission’s use of “tolling orders” could not block judicial review of its gas infrastructure certifications. The Commission created “tolling orders” to grant itself additional time to answer landowners’ pleas for rehearing.  But these orders also locked the courthouse doors for landowners seeking judicial review of Commission orders. Notably, after tolling time to respond to landowners’ pleas for rehearing, the Commission routinely denied them. The D.C. Circuit Allegheny Defense decision is a first important step towards reigning in the inimical practices the Federal Energy Regulatory Commission deploys when certifying gas infrastructure.

FERC first started using tolling orders as a way to circumvent the Natural Gas Act’s 30-day deadline to act on a party’s request to rehear its decisions. The Commission would “grant” the rehearing request for the limited purpose of avoiding the statutory deadline, but take no further action to actually consider the challenges raised in that request. As the Allegheny Defense court said, a tolling order is “not a grant of rehearing of the challenged order; it is kicking the can down the road.” Courts initially tolerated the Commission’s use of tolling orders in the context of rate cases, where delayed judicial access doesn’t result in land condemnation and environmental destruction.  Over time, the Commission began to use them for pipeline and other natural gas infrastructure certifications, eventually coming to rely on them for 99% of these approvals, as the court noted today.Tolling orders have allowed the Commission to ignore landowners’ rehearing requests for more than ten times the statutorily allowed period, even as the Commission’s certifications remained in place.

During this legal purgatory, landowners’ property has been condemned and their land torn up for pipelines, because gas infrastructure certifications are treated by courts and the Commission as final for condemnation and construction purposes.  But when landowners sought judicial review of whether the Commission’s fossil fuel certifications were rightly issued, both the Commission and the courts (including the D.C. Circuit) told landowners that the orders were not final for purposes of judicial review. So, the certification was final enough to condemn private property and build a pipeline, but not final enough to challenge in court. The D.C. Circuit recognized the absurdity of this situation: “Tolling orders, in other words, render Commission decisions akin to Schrödinger’s cat: both final and not final at the same time.”

That ended yesterday. In a strongly worded opinion, the court held that “the Commission has no authority to erase and replace the statutorily prescribed jurisdictional consequences of its inaction.”And the court made clear it will open its doors to landowners seeking judicial review at the end of the statutory 30-day period,overruling prior law that had condoned the Commission’s use of tolling orders.  Importantly, the court found that it owed no Chevron deference to the Commission’s interpretation of the Gas Act’s judicial review provision.

Landowners have farther to go to remedy injustice from pipeline certifications and resulting condemnation processes.  Judge Griffith, joined by Judges Katsas and Rao, wrote separately to give additional guidance on “possibilities for curtailing the remaining factors” driving “unfairness” to landowners.  Their concurrence points to the limitations of the court’s ruling, because it does not preclude district courts, where pipeline condemnation actions take place, from allowing them to proceed pending grants of rehearing. But together with the majority opinion, the concurrence lays out a roadmap to district courts effectuating such condemnations for restoring the balance of justice.

The D.C. Circuit’s opinion also bodes well for percolating challenges to another novel Commission practice: amending gas pipeline certifications while those same certifications are being challenged in court.  In Allegheny Defense, the D.C. Circuit made abundantly clear that the Gas Act’s rehearing and review provisions, 15 U.S.C. § 717r(a) and 15 U.S.C. § 717r(b), trigger exclusive jurisdiction when the agency files its record of review of the pipeline application.  The court delineated the bounds of Commission authority, drawing a clear line at the filing of the underlying administrative record with the reviewing court, “which is typically forty days after the petition is served on the Commission.”

So far, the Commission has ignored this statutory limitation, acting to modify its orders while they are being litigated in court, after the administrative record has been filed.  New Jersey Conservation Foundation and The Watershed Institute, among others, have flagged that practice as deeply flawed in pending pipeline projects.  For example, earlier this year, the Commission opened a docket to consider an “amendment” to its 2018 PennEast Pipeline Certificate Order, PennEast Pipeline Co., LLC, 162 FERC ¶ 61,053 (2018).[1]But this order is being litigated in the D.C. Circuit Court of Appeals, and the Commission filed the administrative record with the court on October 24, 2018. SeeUSCA Document #1756805, filed in D.C. Circuit Case #18-1128.  This practice doesn’t comport with the reasoning in the court’s Allegheny Defense ruling.   The decision took an important step towards ensuring the Commission hews closer to the Gas Act’s requirements.

[1]The author represents New Jersey Conservation Foundation and The Watershed Institute in challenges to the PennEast Pipeline projects.