Fossil fuel major BP has cut its dividend for the first time in a decade as the coronavirus crisis prompted chief executive Bernard Looney to accelerate an overhaul of one of the world’s largest oil and gas companies.

In the first reduction since the Deepwater Horizon disaster in 2010, BP said today that it would lower the payout to investors for the second quarter by 50 per cent to 5.25 cents a share. 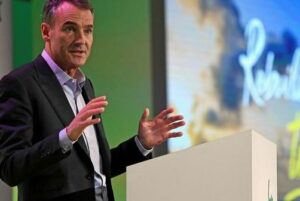 Britain’s Financial Times reports Mr Looney, who took the top job in February just as the crisis was building, said that the second quarter had been “one of the very toughest” as government lockdowns decimated demand for oil.

Although prices have recovered from their April lows, at US$44 a barrel, Brent crude remains far below the US$70 it reached in early January.

A bruising quarter left BP’s underlying loss on a replacement cost basis, the measure tracked most closely by analysts, at US$6.7bn, down from a profit of US$2.8bn in the same period last year.

Financial Times reports the figure, which includes a write-down in the value of its exploration assets, was better than the US$6.8bn loss analysts had forecast. 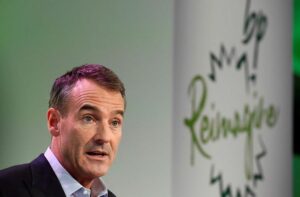 Mr Looney has vowed to “transform” BP into a net zero emissions company, with the new chief warning that the pandemic has injected greater urgency into efforts to prepare it for the transition to an era of cleaner energy. 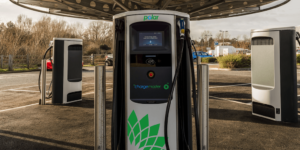 As part of a strategic overhaul, BP intends to increase its annual investment in low-carbon technologies 10-fold, boost renewable power generation 20-fold while shrinking its oil and gas production by 40 per cent from last year’s levels.

It plans to cut emissions from its operations by as much as a third and will invest in renewable power, hydrogen and carbon capture technologies.

“This strategic shift is encouraging,” said Stuart Joyner, an analyst at Redburn. 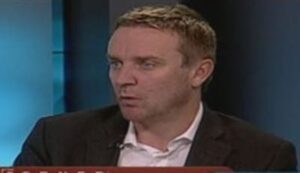 BP described the dividend cut as a rebasing of the payout to a more “resilient” level and that it will remain fixed there, subject to board approval.

The company said, however, it will commit to returning at least 60 per cent of surplus cash through share buybacks once its net debt falls to US$35bn.

For the quarter, BP’s reported loss was US$16.8bn, including non-cash impairments stemming from a cut to its long-term forecast for oil prices, compared with a profit of US$1.8bn a year ago.

The quarterly loss is the biggest since the group took charges related to the Deepwater Horizon disaster.

Even as it shrinks its oil and gas businesses, the bulk of BP’s capital spending over the next few years, at around US$14bn-US$16bn, will still be focused on them.

“It is simply not possible to transform a company that is 110-years-old by??shutting off the taps in one area and simply pivoting 100 per cent into the new,” Mr Looney told reporters.

“This is about making sure we can continue to generate the cash flows from that base business that provides the fuel that is necessary to enable the transformation,” he added.