A record 50.2 per cent of Germany’s power consumption in January to June was met from renewable sources, utility industry association BDEW said, adding that usage dropped by 5.7 per cent year-on-year due to the coronavirus crisis.

This was up from 44.1 per cent over the same period last year and reflects efforts by Europe’s biggest economy to curb climate-warming emissions from thermal power stations. 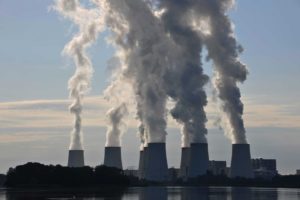 Reuters Newsagency reports Germany wants to raise the share of renewable energy in its power mix to 65 per cent by 2030, a goal it aims to achieve by supporting steady additions to green power generation facilities.

However, the big increase this year also resulted from utilities meeting a slump in industrial demand with production cuts as lockdowns paralysed business activities, BDEW said.

“Operators scaled back power generation from conventional energy significantly in recent months in response to the feed-in priority for renewable energy,” it said.

“This resulted in an increase in the percentage share of renewables.”

Weather-generated renewables must be transmitted first on power lines as and when they are produced because grids must be balanced and power cannot be stored in meaningful quantities. 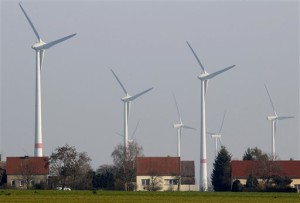 As the pandemic sapped demand, consumption decreased by four per cent in the year to early May, data from advisory Team Consult showed at that stage, when it predicted full-year demand would fall by four to five per cent over 2019.