Unravelling the Earth’s past life is a tedious work and requires decent efforts. Geologists, particularly sedimentologists, are concerned with revealing the Earth’s history by just looking at the sediments. They should have a keen eye to look for many things within the small sediments.

Sediments can be helpful to geologists as they provide certain clues to build the history of processes which have occured within a region. By gaining knowledge about the past processes, an insight about the future processes can be interpreted.

A well-known geologist named James Hutton has proposed the theory of uniformitarianism. The statement he used in the theory was

“Present is the key to Past”

It means that by looking at the present situations geologists are able to interpret the past processes. 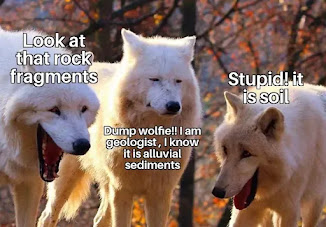 Provenance is the study of obtaining information about the source region from the sediment nature. Such studies can provide information from “source to sink”. There are two adopted methods: Petrological methods and Geochemical methods.

Instead of having high temperatures at the equator, evaporite deposits are not found there because of high precipitation.

After deriving paleoclimate now it’s time to reveal palaeogeography. Palaeogeography can be interpreted by either utilizing climatic conditions or by taking help from palaeomagnetism.

By using climatic conditions, an idea about a broad region on the earth can be obtained whereas with the help of palaeomagnetism accurate location with respect to the pole can be obtained.

The magnetic field direction is retained in the magnetic minerals such as magnetite and hematite. Sometimes secondary magnetism is to be removed before looking for primary magnetism.

Mineralogical composition can be helpful in determining the source of sediments but to a limited extent. If the sediments are derived from a homogenous parent rock, it can be identified through a single mineral.

For example: if in a certain area, sand grains or quartz is obtained we can interpret the source can be a nearby quartzite, granite or sandstone.

However, interpreting source area from a mixture of sediments is complicated. In such situations another method of interpreting is to be adopted.

For example: the quartz of a granite will supply sharp and angular fragments; feldspars will provide grains bounded by parallel cleavage fractures; the micas will give rise to thin, irregularly bounded flakes; zircon and apatite may be liberated as perfectly shaped crystals.

It is normally assumed that the material supplied by weathering is initially angular. Thus by the transportation due to friction, wear and tear occurs within the sediments and the sediments start to become smooth and rounded.

The grain size is also able to reveal the amount of transportation undergone by the detritus. A longer period of shifting to and fro by wind, waves, rivers or glaciers means a greater amount of wear on each particle.

The impact of particles upon each other or upon rock surfaces is more in air than in water and hence aeolian deposits (deposits transported by air) are finer than aqueous deposits when undergone an equivalent amount of transport.

Sorting helps in determining the agency of transportation and the energy with which the transportation has been carried out by the transporting agency. Long drifting to and fro by wind and water tends to separate the sediments according to the mass and surface area.

The deposits can also disclose the depositional environment. 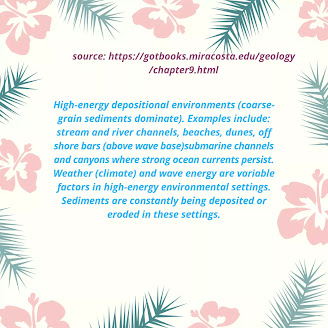