Skip to content
August 4, 2020 cc admin
Yes! You are right. It is the windmill that is used for utilizing wind energy. 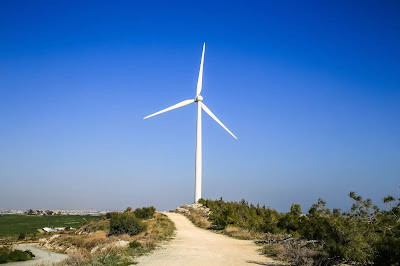 Why are we discussing the topic?

We all know about the renewable and non-renewable natural energy resources. We have consumed the non-renewable resources at such a rate that now our Earth’s budget for serving us such resources is reduced. So now what can be the potential substitute?
Obviously, renewable energy sources are the alternatives. Wind energy being one of the alternate sources and also it is a clean energy.

How do the winds generate? 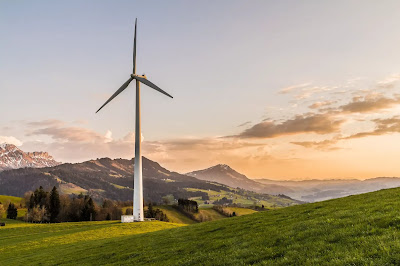 How is wind energy produced?

Where is wind energy used the most?

Windmills are not like solar energy which is present everywhere. It requires certain situations. Windmills are placed where the wind blows constantly.
At such places wind farms are constructed. Such wind farms consist of hundreds of large turbine mounted tall towers. Gansu wind farm is the largest wind farm in the world.
Such a facility is also available on the offshore region and on shore region. Offshore wind farms and offshore wind turbines can be used.
Denmark generates the highest proportion of wind energy. In 2015, the country was able to generate 42% of its power by wind. It is a big percentage, isn’t it!

These are the turbines we have a picture in our mind of. The one with three blades, of light colour and big height. 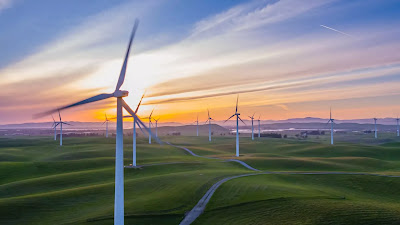 Horizontal axis wind turbines are the commonest types of turbines. It has a horizontal shaft. The turbine along with the generator is mounted on a tall tower.

Vertical axis wind turbines have vertical shafts. Such turbines are useful where the wind directions are quite fluctuating. 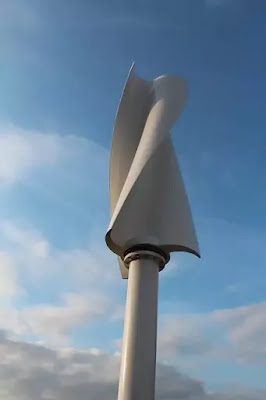 What are the uses of wind energy?

Accidents are not very common in the wind industry but there have been several cases. The chances are not as high as natural gas and oil industries. Lets see one such incident. 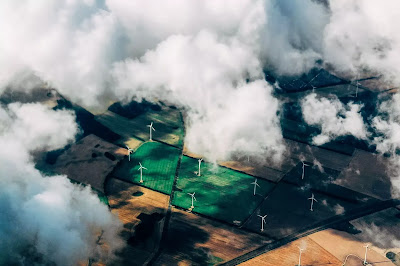 In Australia, in a wind farm of about 112 turbines when one of them caught fire it has disconnected the power of about 63,000 houses. The  fire was so intense that it spread over 80,000 hectares of a national park. The cause of such a devastating fire was an electrical failure.
Lightning is the most significant reason for the fires. Overheating can be another cause. Highly inflammable materials are present which are more susceptible to catch the fire.

The direction, velocity and duration of wind varies locally as well as on a regional scale. Topography of the area plays a significant role in this. Wind velocity often increases over hill tops or mountains. The increase in wind velocity is the contribution of vertical convergence of wind and partly by horizontal convergence as well.
Thus the topography of the area becomes a significant factor in deciding about the establishment of wind projects. Also there are some geographical and meteorological problems too that need to be taken into considerations.

Like every thing has two sides of the coin, same is the case with wind energy. It has its own pros and cons. Wind energy may not be able to solve our all the problems today but we never know advancement in technology can make the alternate, a principal source.
At Least for now we can rely on the fact that wind energy is a pollution free and clean energy resource. It has low impacts on the environment and now we have to think of our Earth first instead of us.