Scientists have confirmed melting of the Greenland ice sheet has hit a rate unmatched in the last 12,000 years and is accelerating.

Research published today in the journal Nature predicts that the Greenland ice sheet will be melting by as much as six times its current rate by the end of the century if greenhouse emissions are not reduced.

However, if the best case scenario can be achieve the forecast by the United Nations’ IPCC for its increasing melt rate can be limited to around 40 per cent greater than its present rate. 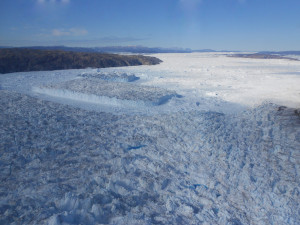 As the earth emerged from the last Ice Age around 11,000 years ago, the Arctic experienced a warm period or thermal maximum between about 10,000 and 7000 years before present.

Researchers presumed that the rate of melting of the Greenland ice sheet in that period was higher than it is today.

Instead, they found that over the past 20 years, the southwestern Greenland ice sheet where this research was focussed, has been losing ice at an rate of about 6100 billion tonnes a century on average, around 100 billion tonnes more than at its previous historical peak, according to author Professor Jason Briner from the University of Buffalo. 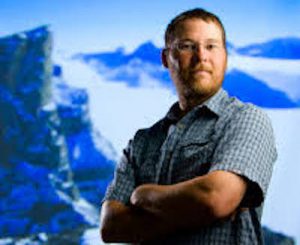 “Our results suggest that yes, this century we will experience ice-loss rates not just similar to those in the past but exceeding those of the past, even under strict carbon emissions scenarios,” Professor Briner said.

As well as comparing present-day melting with the past, they looked at how different global greenhouse gas emissions trajectories would impact melting over the coming century. 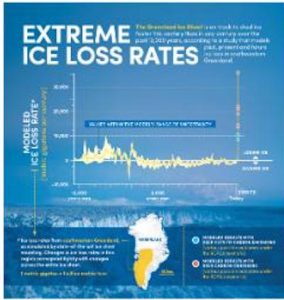 Under RCP 2.6, emissions are drastically reduced starting now and we achieve net-negative emissions this century.

That is, we get our emissions to zero and also draw greenhouse gases from the atmosphere through technology or by boosting natural sinks like forests and blue carbon.

Under RCP 2.6 we limit global average warming to within two degrees Celsius by 2100.

On the other hand, under RCP 8.5 we continue burning fossil fuels as per usual, making no substantial efforts to reduce our greenhouse gas emissions through to 2100.

Under the RCP 2.6 scenario, their models forecast that melting of the southwestern Greenland ice sheet would increase to around 8800 billion tonnes per century on average by 2100, about a forty per cent increase on today’s rate. 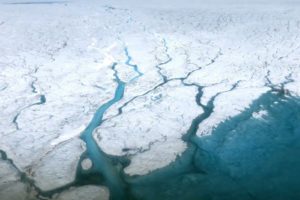 However, under the worst-case RCP 8.5 scenario, they forecast the southwestern Greenland ice sheet could be losing up to 35,900 billion tonnes per century, an increase of nearly 600 per cent on today’s melting rate.

“Based on reconstructions of ice sheet changes over the past several decades, it has been shown that when the ice sheet loses mass in our study area, it loses mass across its entire surface,” he said. 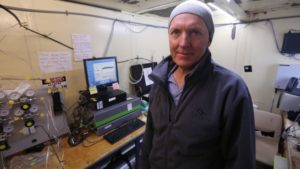 The study is an important demonstration of the difference that we can make by cutting emissions, according to Dr David Etheridge from the CSIRO’s Climate Science Centre.

“The range of predictions shows a high sensitivity to emissions scenarios with the possibility to limit ice loss with low emissions,” Dr Etheridge said.

Modelling sea level rise was outside the bounds of this study, but the researchers tentatively suggest that the worst-case scenario melting from the southwestern Greenland ice sheet would add around 10 centimetres to sea levels this century.

If that was scaled to the entire ice sheet, that would likely be “doubled or tripled”, Professor Briner said.