This year we’ve seen extreme weather events – hurricanes, flooding, record-breaking heatwaves, and wildfires – cause chaos and devastation across the globe. A new IPCC report also has climate experts calling out for the world to take notice.

To help you stay informed, we’ve put together some of our favorite voices in the weather and climate space, to help you know where to turn to for expert insights, commentary, and advice.

We’re going to continue increasing over the next few weeks – so if there’s somebody we missed that you think we should add, let us know in the comments below! 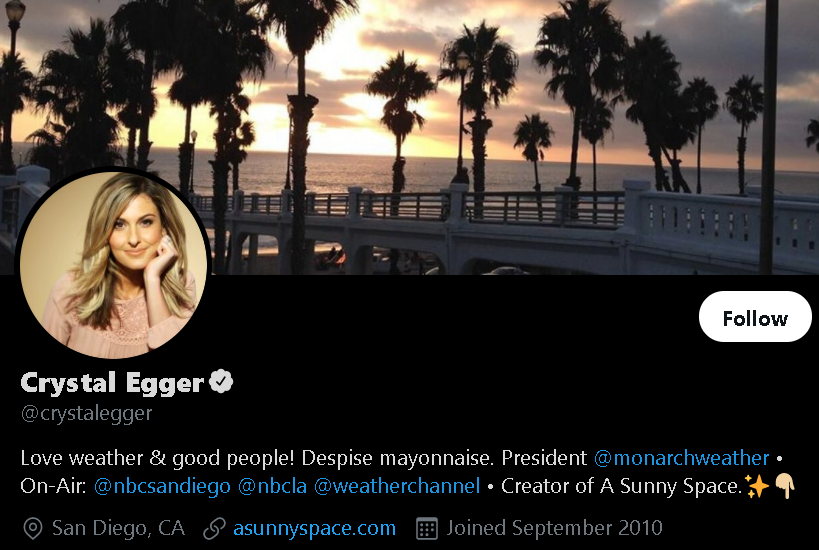 Crystal Egger is an award-winning meteorologist and the president of Monarch Weather, a consulting firm providing global weather & climate forecast and analysis services.

Renowned for her broadcast appearance on The Weather Channel, NBC, MSNBC, CNBC, and The Today Show, Crystal spearheads innovation in the predictive meteorology space, leveraging weather and climate modeling to enable risk mitigation and business growth. 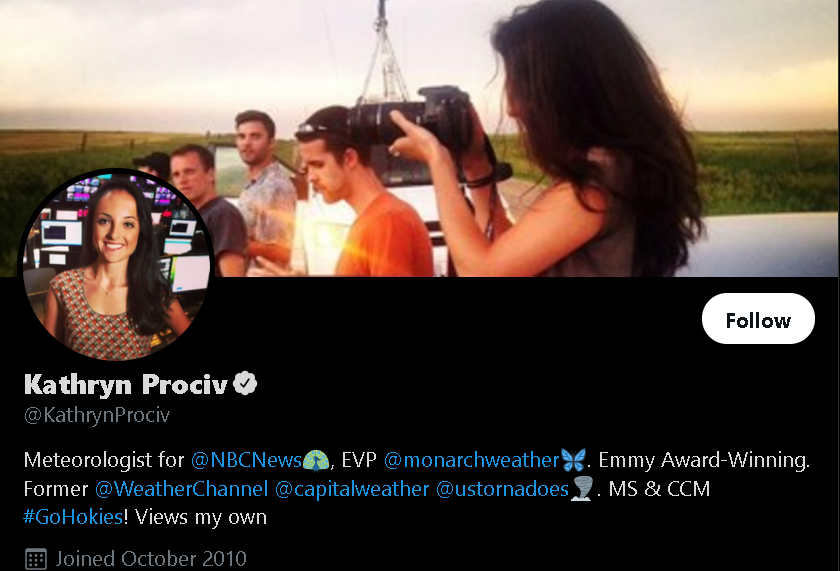 Meteorologist Kathryn Prociv has worked for The Weather Channel for 5 years, after which she became a producer for NBC News, in charge of all the weather content airing across the network’s platforms.

Kathryn is the executive vice president of Monarch Weather, where she works alongside Crystal Egger and their team of meteorological consultants. Kathryn’s social media presence is a fountain of information on weather preparedness and safety. She has also written for The Washington Post’s global weather news outlet (Capital Weather Gang). 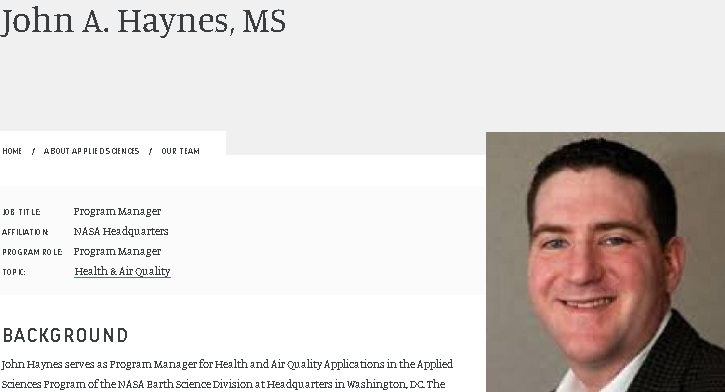 John Haynes works as the Health and Air Quality Applications program manager for NASA’s Earth Science Division, where he promotes the use of Earth observation methods to manage air quality and environmental public health.

In addition, John serves as Co-Chair of the GEO Health Community of Practice, a network of global experts that leverage their expertise across different sectors to support various public health applications with earth observation data and tools. 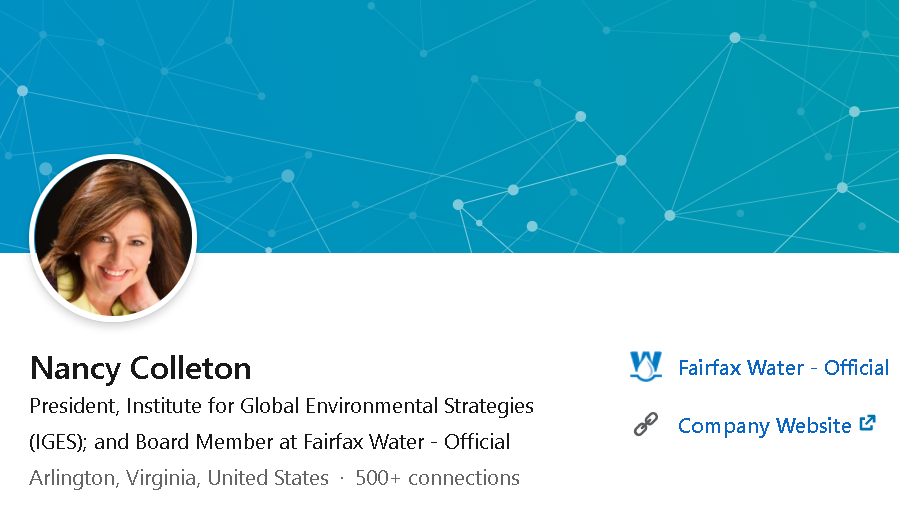 Nancy Colleton, president of the Institute for Global Environmental Strategies, has become a globally respected leader in communicating scientific environmental information to the public.

Nancy is a staunch advocate for leveraging Earth observations and environmental intelligence to improve decision-making on the individual, business, and government levels. She leads numerous initiatives that promote a better understanding of our planet’s dynamic weather and climate changes. 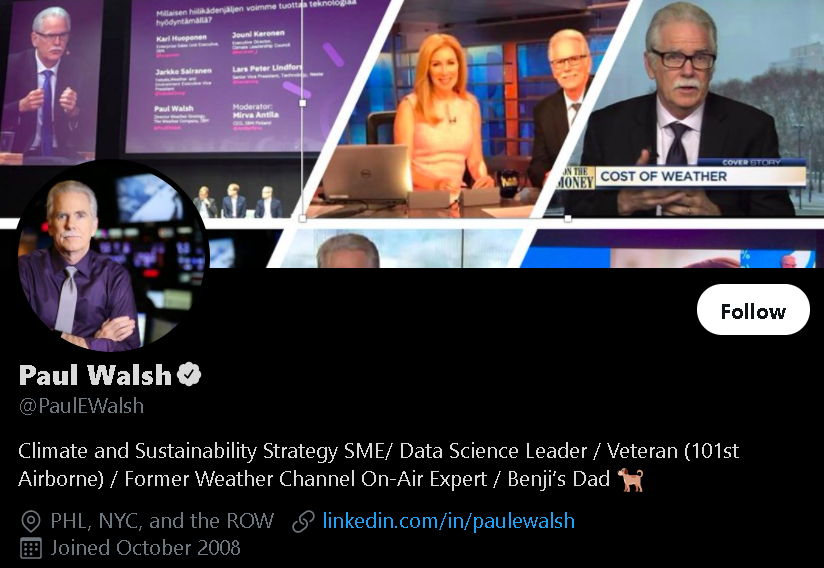 BreezoMeter’s own Paul Walsh is a data science leader in the realm of weather & climate sustainability strategy for small-medium enterprises (SMEs). A veteran of the esteemed 101st US airborne division (popularized by HBO’s award-winning Band of Brothers miniseries), Paul is also a former on-air expert for The Weather Channel.

As BreezoMeter’s new Head of Growth, Paul’s experience and passion for all things weather are invaluable assets in our effort to integrate personalized health-focused environmental intelligence into diverse services and products that empower decision-making. 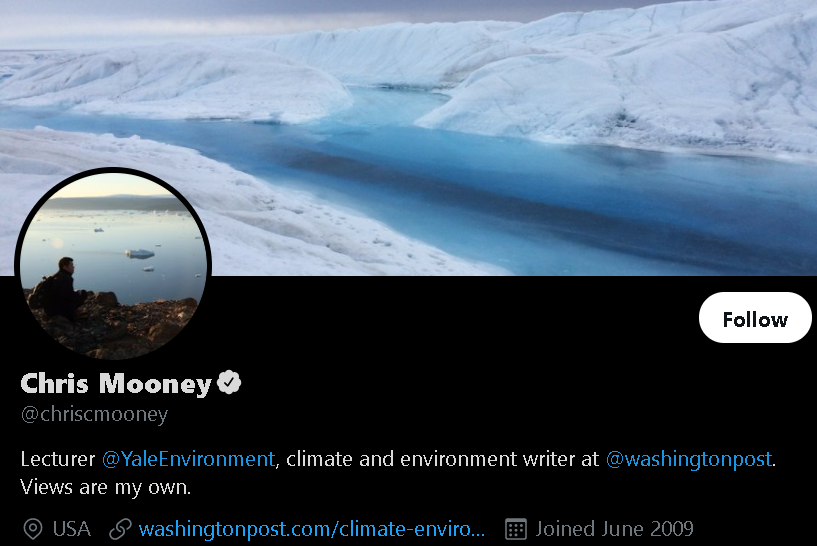 A lecturer at Yale University’s School of The Environment, Chris Mooney’s passion for climate and weather is further expressed in his work as an environmental reporter at The Washington Post. 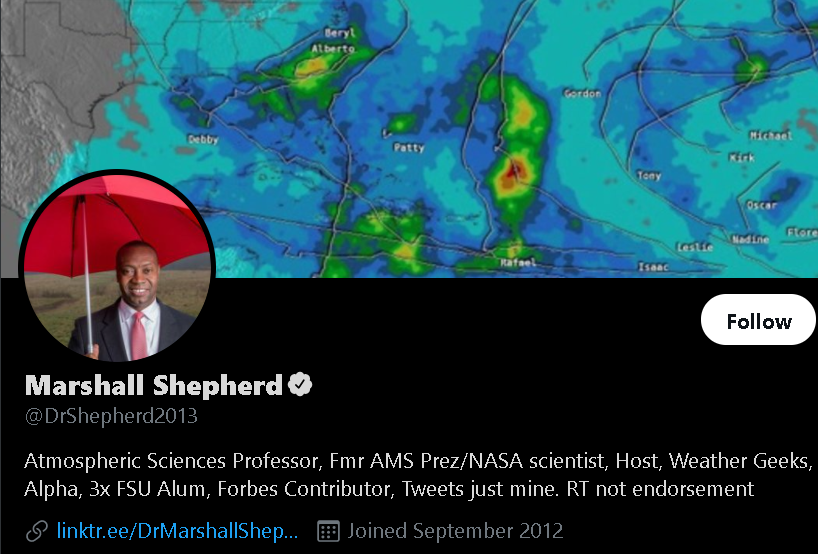 A leading global expert on weather and climate, Dr. Shepherd is the Director of the Atmospheric Sciences Program and Full Professor in the Department of Geography at the University of Georgia.

Dr. Shepherd’s work in the climate and weather space is widely recognized. He’s lent his expertise to major institutes such as NASA, NOAA, and even Congress, and often contributes to national media outlets like CNN, CBS, and Forbes.  Dr. Shepherd also hosts Weather Geeks, The Weather Channel’s Award-Winning weekly podcast. 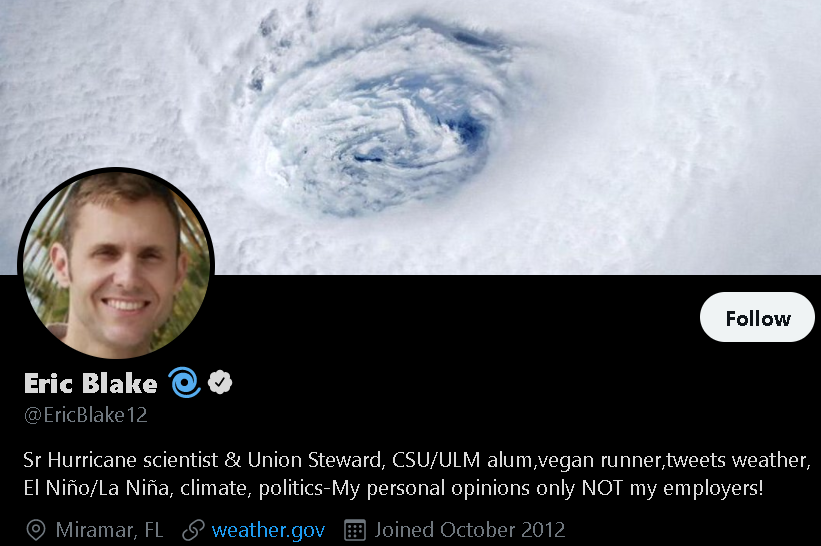 A senior hurricane researcher at the National Oceanic and Atmospheric Administration, Eric Blake has studied atmospheric changes for two decades, earning his bachelor’s and master’s degrees in Atmospheric Sciences from the University of Louisiana at Monroe and Colorado State University, respectively.

In his efforts to promote hurricane awareness and preparedness, Eric teaches FEMA, NWS, and WMO courses at the NHC, focusing on hurricane-related dangers. He regularly presents and participates in national meteorological meetings, including the American Meteorological Society’s 34th Hurricanes and Tropical Meteorology Conference, where he serves as the program chair. 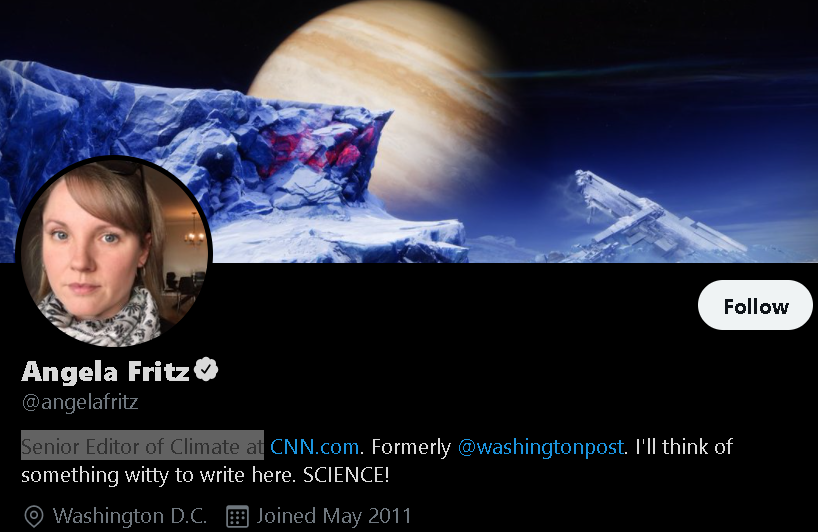 A meteorologist with an M.S. in Earth and Atmospheric Science from Georgia Tech, Angela Fritz strongly advocates for data-driven decision-making integrated with weather and climate forecasting. 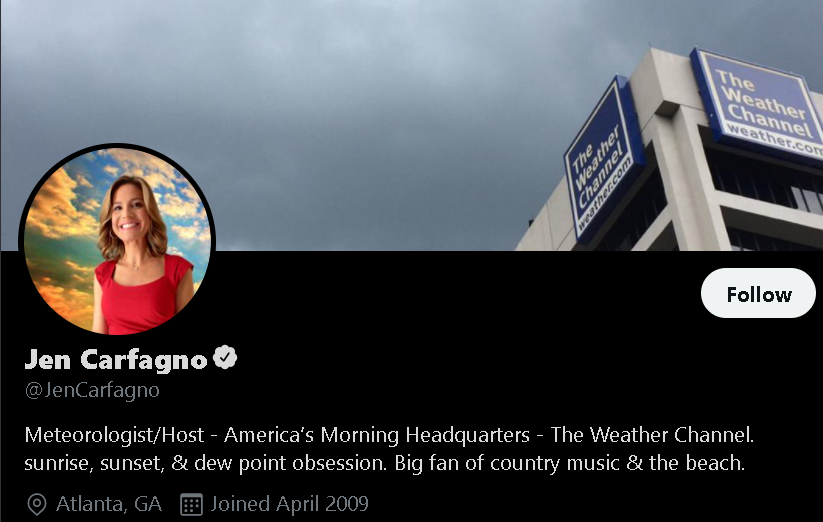 Jennifer Carfagno is co-host of America’s Morning Headquarters, a daily TV program on The Weather Channel, where she started her career over two decades ago as an intern while completing her Meteorology B.S. degree at Penn State.

Jen maintains a strong online presence, and her Twitter feed provides an excellent source for information regarding climate, weather, and other environmental topics.

Michael Lowry is a strategic planner at the Federal Emergency Management Agency. An atmospheric scientist with a true passion for climate, Michael has also worked for the National Hurricane Center, The Weather Channel, and even the US Department of Defense, where he worked on transport and dispersion modeling. 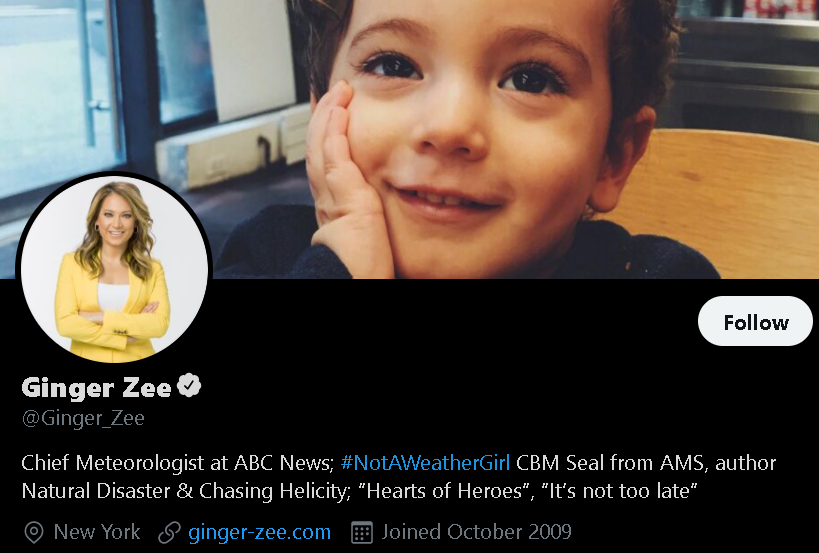 Ginger Zee is the Chief Meteorologist at ABC News and a graduate of the Certified Broadcast Meteorologist Program directed by the American Meteorological Society. She also hosts ‘Heart of Heroes’, a TV program showcasing incredible rescue and survival stories in the face of natural disasters and extreme weather events.

Ginger is also the author of the Disney-published Chasing Helicity Middle-Grade book series, which promotes a better understanding of the science behind weather and climate among young readers. 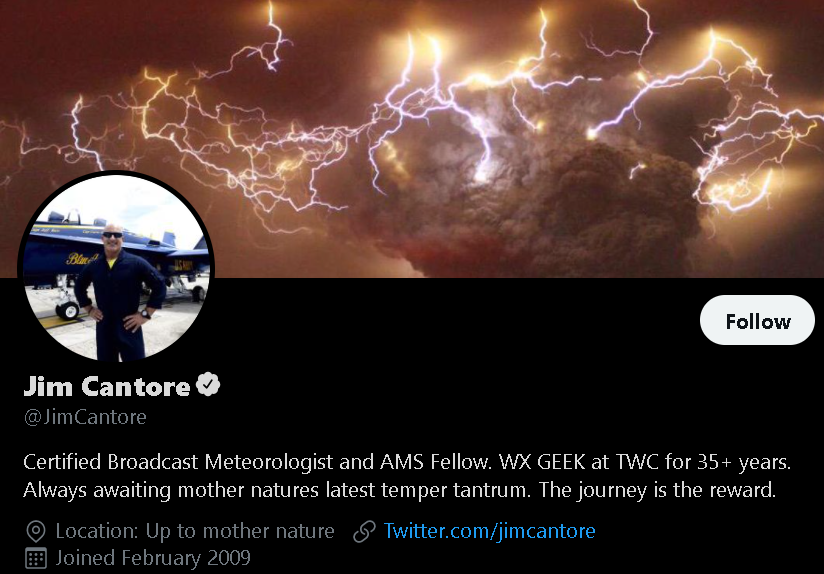 Part of The Weather Channel for over 35 years, Jim Cantore is a famous on-air personality for all things weather.

A Certified Broadcast Meteorologist and member of the American Meteorological Society, Jim is a self-professed weather geek, with a deep passion for reporting on a variety of environmental topics related to climate change and extreme weather. 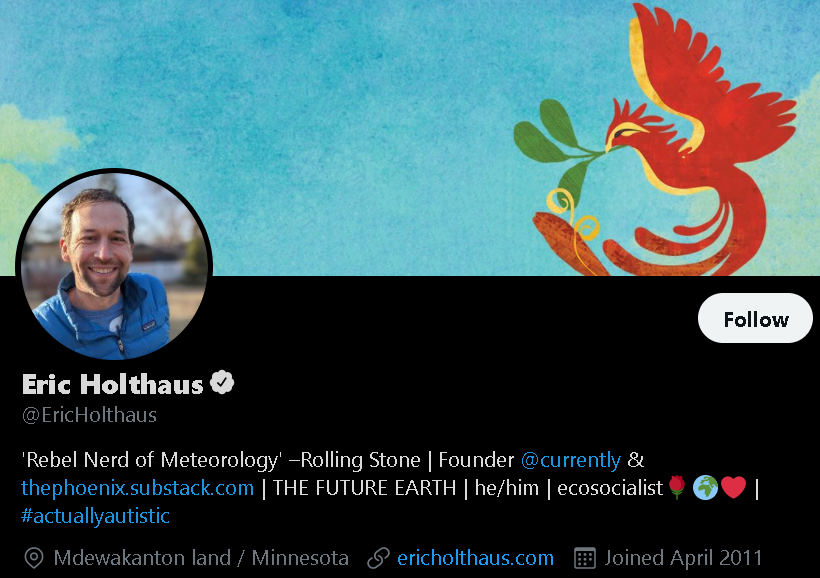 A former columnist for Slate Magazine and The Wall Street Journal, Eric Holthaus has championed climate change reporting for over a decade, originally coming to some prominence through his writing on 2012’s Hurricane Sandy.

Dubbed the ‘rebel nerd of meteorology’ by Rolling Stone magazine, Eric continuously strives to promote climate change awareness. He authored the speculative journalism book ‘The  Future Earth’, launched The Phoenix newsletter and the ‘Warm Regards’ podcast, and famously even gave up flying in an effort to do his part in the fight against the global climate problem. 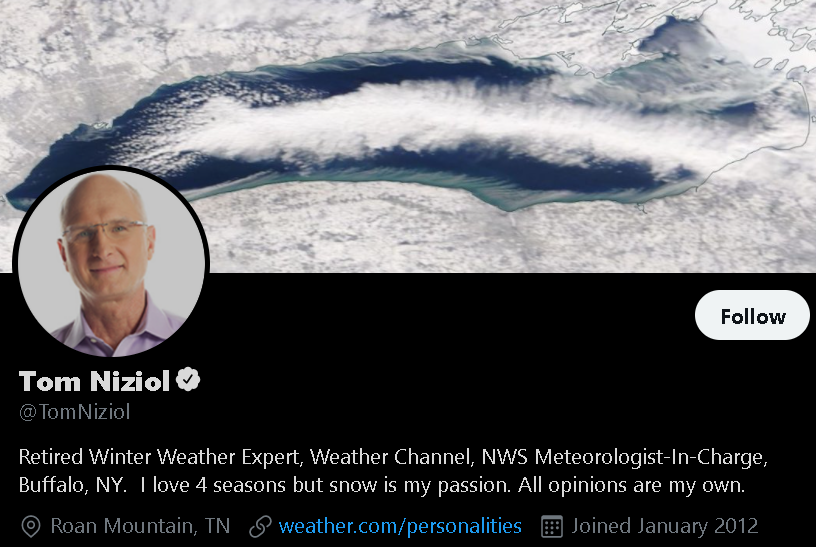 Tom Niziol spent a 32-year career at The Weather Channel as a forecaster and science & operations officer, and as a senior meteorologist at the National Weather Service Buffalo office. 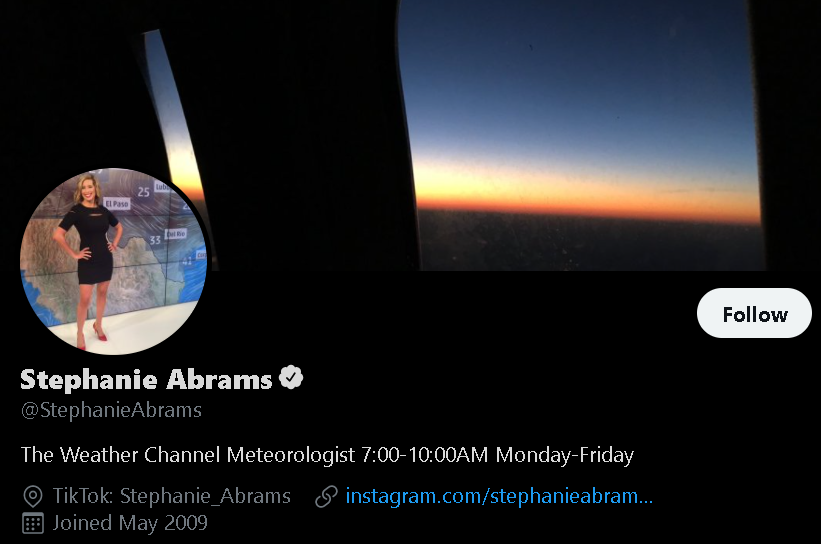 Stephanie Abrams has worked as an on-air meteorologist for The Weather Channel since 2003. She is currently part of America’s Morning Headquarters trio of co-hosts, alongside Jen Carfagno and Jim Cantore (also on our list).

Stephanie is a National Weather Association member and former president of the North Florida chapter of the American Meteorological Society. 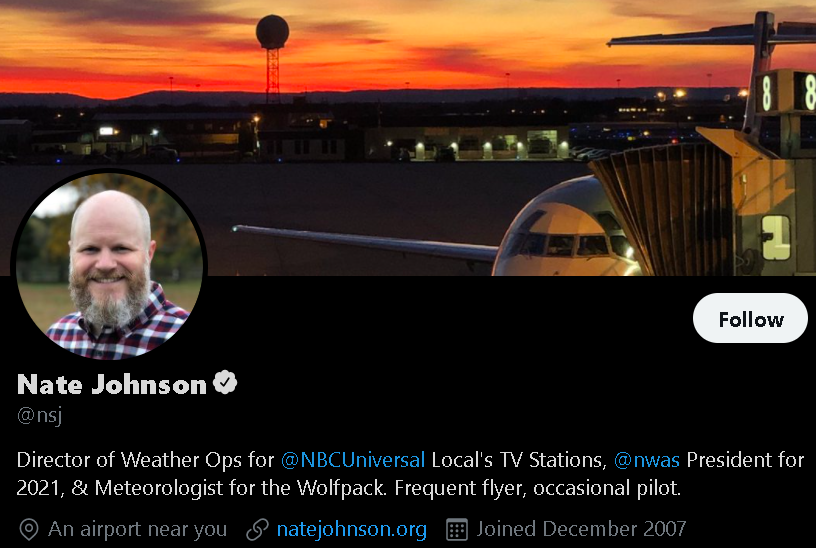 Nate Johnson is 2021’s president of the National Weather Association and serves as Director of Weather Operations for TV stations owned and operated by NBC Universal.

Nate has worked as a meteorologist and executive producer of multiple weather broadcasting programs for almost two decades, earning numerous awards, including a regional Emmy, from a variety of TV, radio, and science news associations. 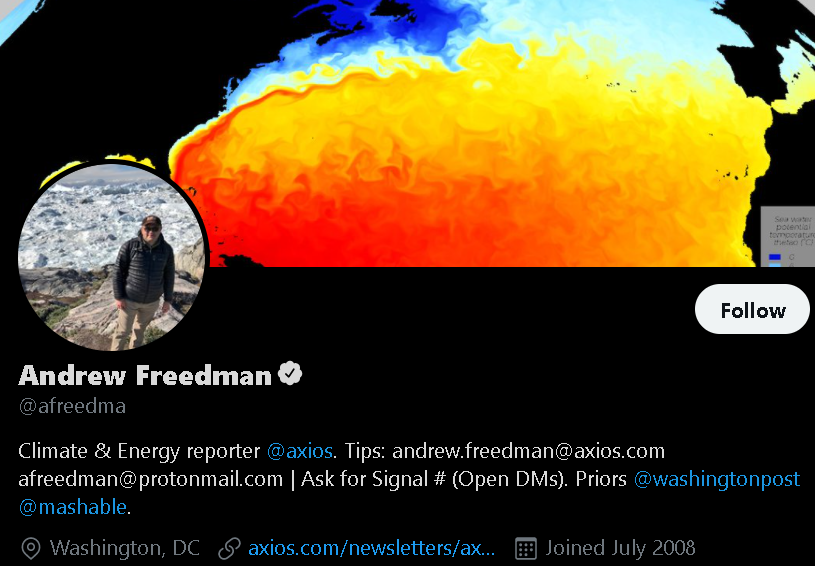 As a climate & energy report for Axios and former editor for the Capital Weather Gang at The Washington Post, Andrew maintains a strong online voice covering scientific research, policies, and environmental topics related to climate change. 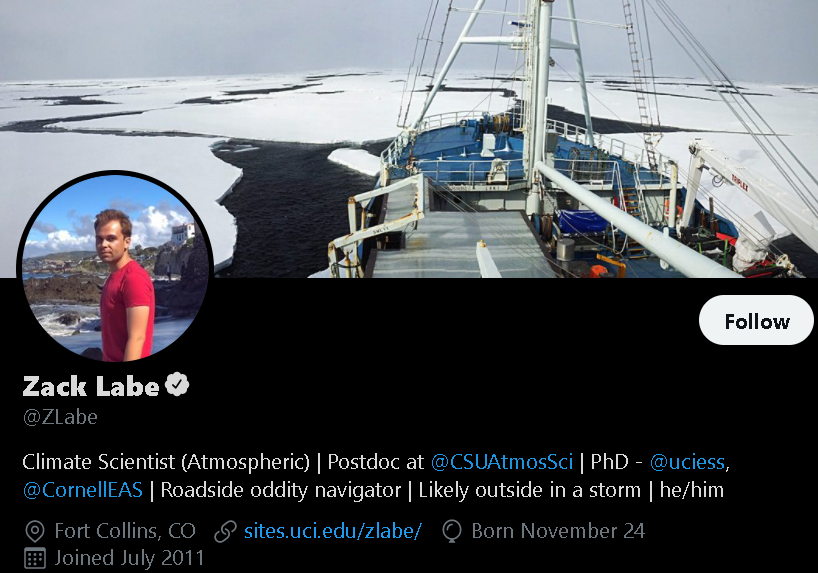 Zack Labe is a climate scientist working as a Postdoctoral Researcher at the Department of Atmospheric Science of Colorado State University.

As part of his research, Zack seeks to model emerging climate trends in seasonal transition periods, as well as evaluate and chart the impact of sea ice loss and Arctic warming on mid-latitude extreme weather events. 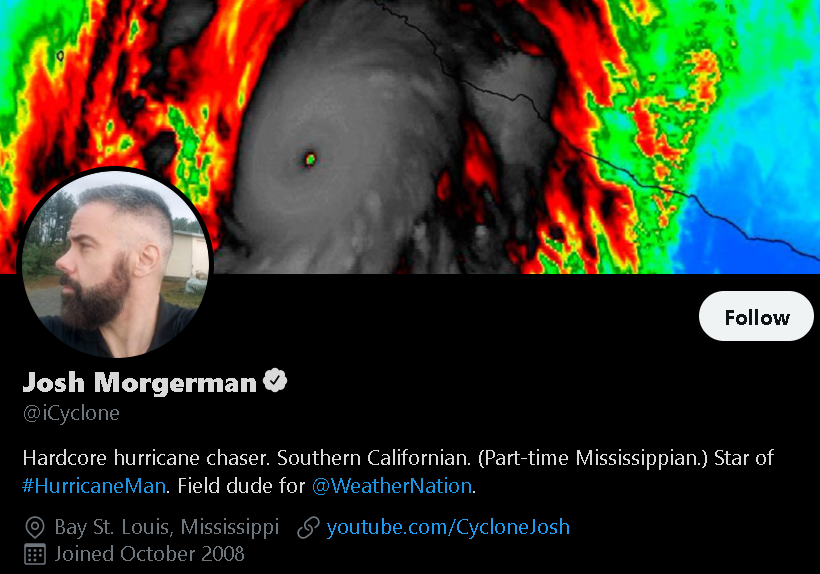 Josh and the iCyclone team, which operates in North America, East Asia, and even Australia, have seen their collected data utilized by the National Hurricane Center on multiple occasions. The team has received funding from multiple media companies such as CBS, the Weather Channel, and WeatherNation.

Weather apps can now offer a lot more than basic forecasts. In fact, the climate reality means more individuals are demanding they do! Read our new eBook to find out why showing the full environmental picture is an absolute must for modern weather providers. 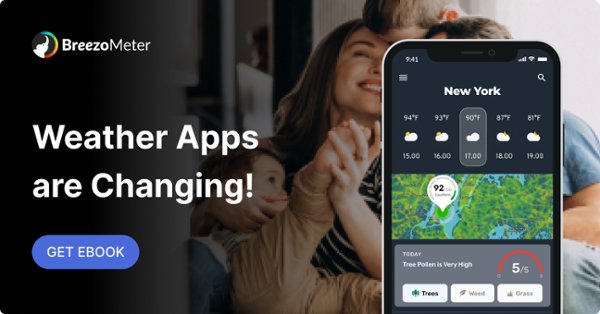