The 50 MW Kincardine Offshore Windfarm is located 15km off the coast of Aberdeenshire, in water depths ranging from 60m to 80m.

The wind farm will generate over 200 GWh of green electricity a year, enough renewable electricity to power more than 50,000 Scottish Homes. 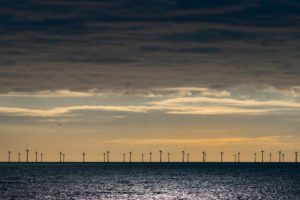 Cobra’s Senior Manager, Jose Antonio Fernández, said: ‘The Kincardine project is not only the world’s largest. It has also been a fantastic foundation for other joint venture projects between Cobra and Flotation Energy.

‘Our Round 4 success with the 480MW Morecambe project, our 7GW of bids into the Scotwind leasing round and our White Cross 100MW floating project in the South West are all signs of our confidence in Scotland and the UK Floating wind is set for massive growth in the future – and we want to do more.’

Jaime Altolaguirre, KOWL Project Director from Cobra, added: ‘The completion of Kincardine comes at a pivotal time in determining Scotland’s leadership in the floating offshore sector. Kincardine offshore windfarm has shown that the largest and most advanced wind turbines available can be installed on floating platforms in the challenging North Sea environment.

‘The project proves that floating wind can play a vital role in tackling climate change not only in Scotland and the UK, but also around the world.